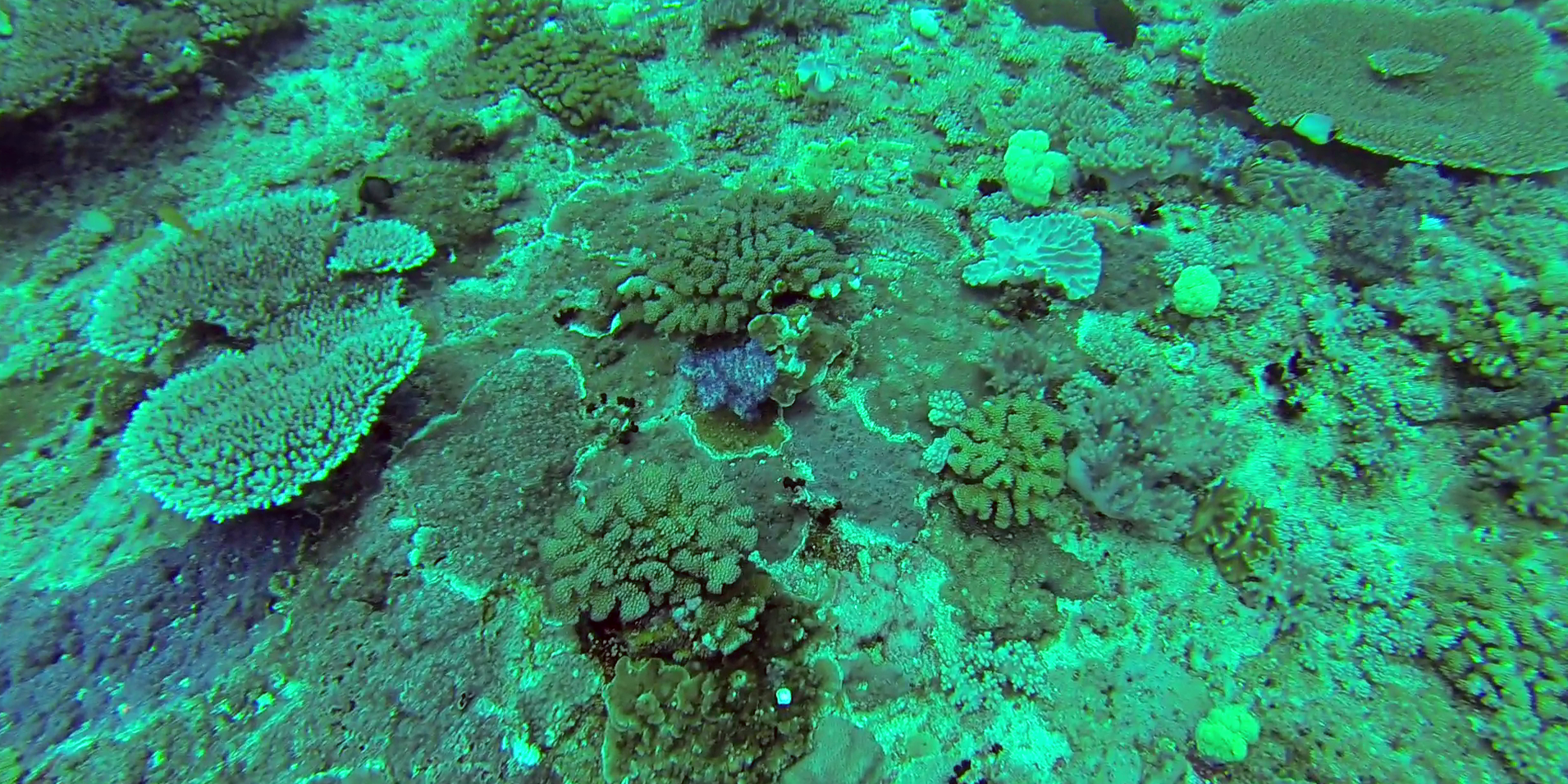 In May 2017 Dr Wyatt spent two weeks on Dongsha Atoll in the northern South China Sea conducting pilot studies on the biogeochemical and ecological impact of internal waves on coral reef ecosystems of the Marine National Park.

Dongsha Atoll experiences some of the strongest internal wave forcing in the world, with the interaction of the Kuroshio Current with the Luzon Straight leading to internal wave propagation and large temperature variability on exposed reef habitats. The eastern side of the atoll is dominated by very high coverage of soft corals and little hard coral, while the south of the atoll has relatively more hard coral (see images). Exposure to internal waves may be the principal driver of the relative distributions and health of soft and hard corals around the atoll. 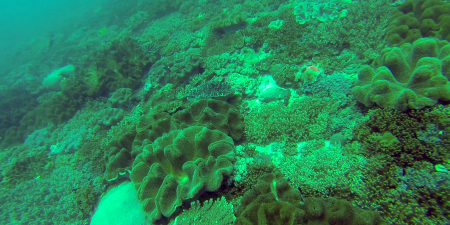 The reef terrace on the east side of Dongsha Atoll, here at 15 m depth, is dominated by very high soft coral cover 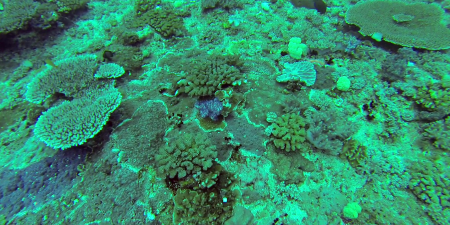 Parts of the southern reef terrace of Dongsha Atoll are dominated by hard coral, compared to the higher soft coral on the eastern terrace. 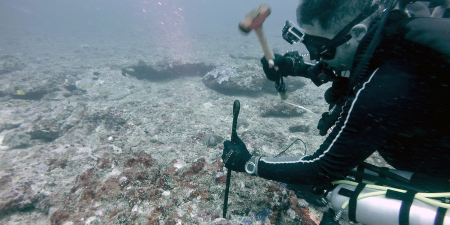